First let’s get as many double entendres out of the way as possible: this installment of The Jew Punk will address the cutting edge issue of circumcision, rising to the occasion with a hard, boring focus so as to zero in on the deepest levels of the reader’s needs rather than simply going off half-cocked.
There, that’s better
So, in my continuing introduction to German culture I’ve learned that you’re up in arms over circumcision. Seems you think it’s not exactly necessary. Not to mention barbaric, demented and sadistic.
Now I realize we’re on sensitive ground here what with the debate pitting average Germans against their Jewish and Muslim neighbors. After all, you’ve had some problems with these groups in the past. And your opposing them has led to their ironically uniting, though I think it’s safe to say their alliance only goes skin deep.
Still, the question remains. Is circumcision right? Well, that depends.
I’ve heard it said that opponents feel they’re protecting defenseless children from unwarranted pain. A noble goal to be sure, and one I suggest they extend to other medical procedures, such as inoculations, tooth extractions and tummy tucks.
I’ve also all heard it said that subjecting a child to the knife leads him to become neurotically oversexed later in life. Or wait, is that undersexed? Oh right, it’s both. Kind of like that Nazi claim that Jews were both insidious communists and bloodsucking capitalists. It covers all the bases, letting you have your foreskin and cut it too.
Then there’s the claim that circumcision is an invasion of privacy similar to that inflicted on women’s bodies by anti-abortionists. This “their penises, themselves” argument posits that circumcision should be allowed, but only later when a male has become a fully cognizant adult. Sounds good to me – kind of like waiting for children to be grown before we mar their flesh with unattractive life-saving vaccinations.
Yes, there are a number of arguments. But lost in all of this is one vital aspect of the debate – what to do with those who’ve already undergone the knife? Well I—a circumcision survivor—have a suggestion. Give us our foreskins back. Now! Wherever you’ve put our pounds of flesh, gather them up and reunite us with them. You can use the postal system, set up “recycling centers” or have us come pick them up at wherever they’ve been stored. My guess is you’ve got them in some vault deep in the Swiss Alps, cryogenically frozen alongside the heads of Walt Disney and Timothy Leary and waiting to be reanimated. Like some vestigial limb, I can feel my own absent foreskin throbbing, calling into the darkness for all that’s been lost. So do me this favor. In the name of Abraham, Isaac and Jacob, make me and my Semitic brothers whole. Just one thing. Be sure not to mix up our foreskins with those of the Muslims. You don’t want start another Six Day War. Much less a Six Inch one.
Die gekürzte deutsche Fassung finden Sie hier. 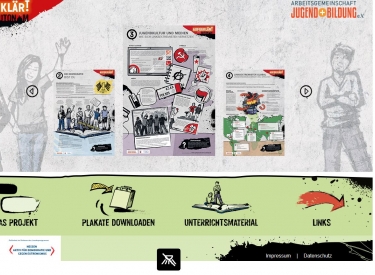 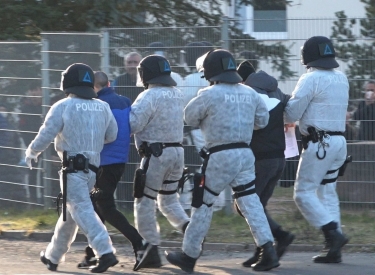 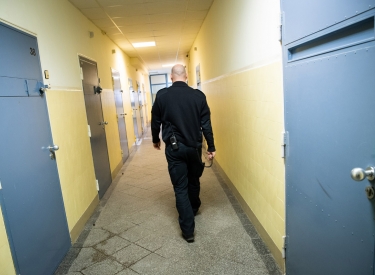